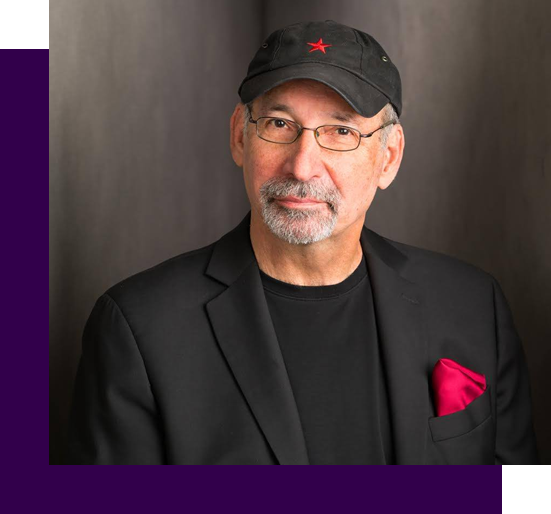 My dad was an ad agency principal in Baltimore. I made my first film in Vietnam, in the US Army. It was a propaganda film, so Dad was proud. My real career began at the Maryland Center for Public Broadcasting, where my job title was “filmmaker.” Film: 16mm film. In public television, I discovered my passion for non-fiction storytelling.

For a gig at KERA-TV, PBS in Dallas, I moved to Texas, where I immersed myself in all things Texana. Working with an extraordinary group of reporters and filmmakers, we created NEWSROOM, nightly must-see TV. My first award there was a Peabody.

I stepped away from documentaries in the ’80s to learn commercial production. I directed, shot, and edited 35mm film commercials and 16mm industrials, working with actors and ad agencies. Right up until, while standing on a stage, surrounded by crew, staring at a sandwich and trying to decide what color paper to put behind it, I had an epiphany: non-fiction filmmaking was where I belonged. And just in time for the digital era.

My films almost never rely on scripted narration. Instead, my narrative style is interview-driven, where the power of authenticity yields intimate, compelling stories, drawing audiences to the web, theaters and broadcast media.